Urajärvi Manor is one of Finland's oldest manor museums and was opened to the public in 1928. Museum is open in 2016.

The main building, which was built in Empire style, displays home in the early 20th century. During their lifetime, the siblings decorated a wing situated in the garden as a museum. It displays the family's old furniture and other objects. The manor is surrounded by an English park with its remains of old gate and small bridges. Hugo von Heideman's fascinating path leads the walker to the vista point Valhalla which has a semi-circular colonnade built in 1913 in antique style. 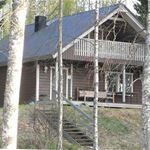 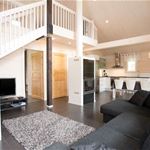 Distance: 10.4 km
Taivaanranta is a luxurious villa , located in a sunny place near the lake Kivijärvi. Up to 8+2 people can be accommodated in the villa. Taivaanranta is decorated in a modern style.
Book 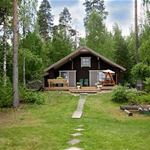