The idyllic town of Heinola is a great cycling destination if you are vacationing at Vierumäki – and vice versa. You can also continue your journey from Heinola on a ship and take your bike aboard. The distance from Vierumäki to Heinola is approximately 14 km.

In Vierumäki, the starting point is in front of the Kaskela main building of the Sports Institute of Finland. The Sports Institute is located on a spot bursting with natural beauty on the shore of Lake Valkjärvi and on the northern edge of the Vierumäenkangas delta, which is part of the Second Salpausselkä ridge. Kaskela, completed in 1936, Kaskela and the other building located around Lake Valkjärvi create a nationally significant built cultural environment. The northern side of the main building is the starting point of a nature trail that takes you to exceptionally beautiful landscapes with beautiful small lakes and narrow ridges. You can go for a refreshing swim at the beaches of the many lakes.

From the Sports Institute, the journey towards Heinola city centre starts along Urheiluopistontie (4142). On the asphalt road, you will encounter the old level crossing of the Heinola railroad. There is train traffic only a few times a year, but you should still be careful when crossing the railroad. When Urheiluopistontie merges with road 140 (first Myllyojantie, then Lahdentie towards the end), you can move on to the pedestrian and bike path on the other side of the road. The bike path continues until the centre.

There are several long hills along the way. However, the road, primarily following the Heinolanharju esker in the north-south direction, is in good condition and straight, so you can gather speed for the next climb when freewheeling downhill. You will reach Heinola town centre along the Jyränkö bridge, crossing the section of Kymijoki River known as Jyrängönvirta. Siltasaari island in the middle of the river is also part of the Heinolanharju esker created by an ancient glacier river. After the Ice Age, the ridge closed off the ancient Lake Päijänne until the water mass of the lake broke through the ridge approximately 7,000 years ago. After this dramatic event, Kymijoki River has run through the Heinolanharju esker and the water of Päijänne has flowed into the Bay of Finland. The narrowest part of the river and its upper reach were used as crossing points already in the prehistoric era.

There is the charming Café Kailas in Siltasaari, where you can turn both from the southern and northern side of the bridge. The stunning scenery continues on the other side of the bridge: on the left, or the western side, you will find the Rantapuisto park through which you can ride to the town centre. Right next to the park are many important cultural destinations, such as city museums. The busy Heinola summer market is also only a stone’s throw away from the shore. Heinola also has many great restaurants and unique boutiques and cafés, such as the lovely Harjupaviljonki. A large section of the town centre and parts of the Heinolanharju esker close to the centre are part of the Heinola National Urban Park, which is one of nine destinations in Finland that has been awarded this status.

From the harbour, you can take the Two Canal cruise provided by Päijänne Risteilyt Hilden. For an additional charge, you can take your bike with you. The ship sails from Heinola along Kymenvirta and Ruotsalainen first to Kalkkinen village and from there to Lake Päijänne through the Kalkkinen canal. At the southern end of Lake Päijänne, the ship will access Lake Vesijärvi through the Vääksy canal. The journey ends at the southern end of Lake Vesijärvi in the Lahti passenger harbour.

A good Heinola address for your navigator is Café Kailas, Siltasaari 1, 18100 Heinola. 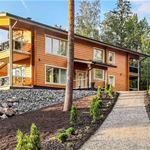 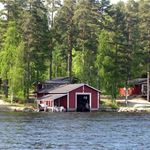 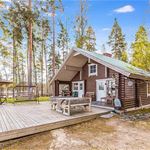